CD Projekt In Trouble: Another Troubling Sign for the Hardcore Gaming Industry? 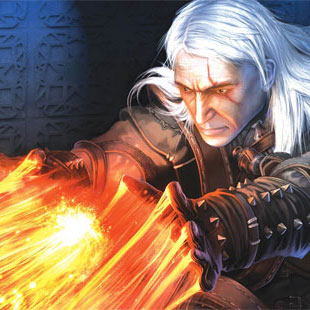 It was disheartening to read the news that, following the announcement of The Witcher: Rise of the White Wolf, CD Projekt has decided to "suspend" the project while they look into costs and problems with paying their co-developer: Widescreen Games.

While many would find the game cancellation a saddening prospect, one should realize that this move could have larger indications of the state of CD Projekt and the rest of the hardcore development industry. Even after releasing the Witcher, which was a best-selling RPG for the years of 2007 and 2008, and opening the much-loved GOG.com (a digital hub for classic games) CD Projekt is having financial problems and is seemingly unable to sustain at least some of its projects. The same can be said for other developers and publishers, like THQ, Midway, Factor 5 and Free Radical (now Crytek UK), who were victims of unfortunate circumstances and are currently reeling from monetary problems that are only magnified by the global recession.

As a hardcore gamer, such developments bring sadness and fear to my heart. With Nintendo raking in the cash through its Wii and DS and MMO companies making millions on free-to-play, simplistic games, the sustainability of the hardcore gaming market is beginning to take a giant hit, whether it be on PC or consoles. With EA announcing that half of its development budget is going towards Wii games this year, we are beginning to see a huge shift away from the market that made the Gaming industry the juggernaut that it is today.

Hopefully, this trend is only representative of the current economy, and will begin to reverse once the recession ends. For now, however, we\'ll have to content ourselves with a relatively low number of original projects and a growing number of sequels that provide the only safe haven from the casual craze gripping our hobby.