No Crysis For You, Console Gamers! - A Look at What Cryengine 3 Means for Gaming 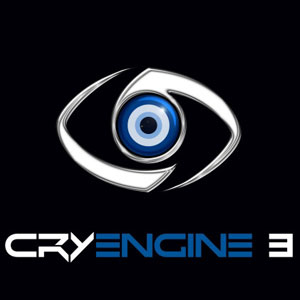 A brief look at the potential effects of Cryengine 3 on both developers and a response to rumors about Crysis coming to console platforms...

GDC was packed with many announcements like Onlive, Stardock\'s Goo, and the next Zelda DS game. However, some would argue that the commercialization of the Game Developer\'s Conference is leading to less effective dialogues between developers and actual developments that change and positively influence their work.

Fortunately, Crytek came to the rescue and announced Cryengine 3, the next iteration of their award-winning game development platform. This turned many heads at the conference, as it was the first time that we saw Crytek\'s tech running on consoles since the first Cryengine was used for the Instincts spin-offs of Far Cry.

What does it mean for developers and us gamers?

1. A greater variety of choice in engines for third-parties and hopefully a lower starting price for development
Up until now, the industry standard has undoubtedly been the Unreal Engine 3.0. It\'s ease of use and general good looks mean that graphical standards are more consistent across platforms than they were last generation. Unfortunately, there is a certain feeling that UE3 games have that make them look a bit too similar. Maybe this is purely because of the art design choices that developers make, but it is worthy to note that other games using different engines do look stylistically different.

Having Unreal Engine 3 as the de-facto choice also allows Epic to charge higher prices for licensing. With Cryengine 3 and id Tech 5 entering the market, we\'re going to see some pressure on Epic, Crytek and id in lowering their prices to compete for licenses for developers. This will result in slightly less expensive games, a boon in such hard economic times.

2. A level playing field for PS3 and 360
Given CE3\'s ability to automatically scale down and optimize content for the consoles in real-time as it is being designed on the PC, we\'re unlikely to see the porting issues that developers run into when they use proprietary tech or even some iterations of Unreal Engine 3. Hopefully, as with id Tech 5\'s easy portability, Cryengine 3 will allow quality games that run without bugs and framerate glitches across PC, PS3 and Xbox 360. No more bad ports from 360 to PS3 or vice versa. The lead platform is the PC, but the engine is smart enough to know how to make that content work on either console platforms. In this case, we gamers are the winners, regardless of our preferred platforms.

ONE MAJOR Misconception that must be cleared up:
Cryengine 3 as a multi-platform engine =/= a Crysis port for Consoles. It\'s irritating but expected that the console community took the footage of jungles and nanosuit soldiers as proof that Crytek was bringing Crysis onto consoles. While we may be seeing assets that were brought over from previous games, this in no way guarantees a port of Crysis. Quite simply, Crytek used existing assets both to save time in getting the demo together and to protect the status of whatever games they have in development from being revealed.

So, why can\'t Crysis work on consoles?
Simple. It isn\'t the processor (either the 360\'s tri-core or PS3\'s cell can handle enough of the physics calculations) or the graphics unit that is holding the two most powerful consoles back: it\'s the RAM. Memory is a big part of what makes Crysis what it is. When you render enormous levels that are inhabited by hundreds of physics objects and are being patrolled by always-active AI, you need somewhere for all that "stuff" to be easily accessed in real-time. 1 gigabyte is the bare minimum that Crysis needs for most of its levels, and even then the game will be choppy on rigs that have the latest Intel Core i7 processor and NVIDIA GTX 295 graphics cards. 2 GB is the least that you need for the game to run at a smooth clip, almost regardless of the graphics settings that you are using.

I know what you\'re thinking: hey, GTAIV and Far Cry 2 work well on consoles, and they\'re open-world games, so what makes Crysis so special? This is both true and false. Whilst GTAIV and Far Cry 2 do provide the illusion of continuous open-worlds, they manage to fit the experience on the console by chopping up the levels into smaller pieces of several hundred square meters. Basically, when your character passes a certain point, you are thrown into a new chunk, while everything else is off in the background, the hardware is only monitoring the activity going on in that chunk. This is why, in Far Cry 2, you can enter an area, fight a few soldiers, run away to a specific distance, and then come back to find that they\'ve reset their behaviors and that all of the damage you\'ve done to the environment has disappeared.

Although Crysis is more focused and linear than either of these two games, each of the game\'s levels are rendered and monitored in real-time. What this means is, if you found an appropriate spot, you could look several kilometers across a level to find the same patrolling AI that you would encounter if you went to that area. If you shot a rocket across this distance, they would actively notice you and the game would never forget the effect that you have on the environment while you have that level loaded. Consoles simply can\'t remember this due to their limits on RAM.

A quote from Cevat Yerli backing this up: "Crysis as we have seen is impossible. Crysis would have to be largely changed to bring it to Xbox 360 or PlayStation 3. Crysis is designed to be PC exclusive. Our internal focus is not linked to bring Crysis to consoles."

Sure, we might see a Far Cry Instincts-like spin-off of the Crysis franchise. But what\'s the point if you aren\'t getting the award-winning open-world gameplay and stunning graphics that critics and fans raved about in the first installment? Crytek is still working on some Cryengine 2 games, and since that engine isn\'t particularly well-optimized for consoles, it is quite possible we will be seeing the Crysis series continue as PC exclusives for the foreseeable future.

Regardless, one thing is for sure: whatever game Crytek decides to make and whatever platforms it decides to support, the gaming community will be awaiting it with much anticipation as the studio has already proved itself to be a quality developer three times in a row.