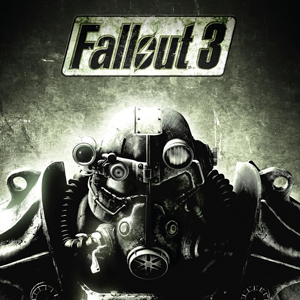 An amazing world that has the ability to suck you into its wonderful post-apocalyptic world for days on end.

Many thought that following the subpar release of Brotherhood of Steel and the subsequent financial troubles of Interplay, the Fallout franchise was essentially dead. Fortunately, this all changed with Bethesda Softworks\' purchase of the IP several years ago. Since then, the public perception of Fallout 3 has been on a rollercoaster ride, starting with purists\' rejection of the radical gameplay changes that Bethesda was implementing, continuing with the press\' positive E3 impressions, followed by outrage at the forced censorship of some aspects of the game. Ten years after the release of Fallout 2, Fallout 3 has finally arrived and is set to deliver a powerful RPG experience that lives up to the franchise\'s historical standards.

Fallout 3 is many things, but it is most definitely not an isometric RPG that some vocal fans have been fighting to get. Fans of Elder Scrolls IV: Oblivion will recognize Fallout\'s primarily first-person open-world RPG structure. Like Oblivion, Fallout 3 sets up an interesting introductory sequence that both sets up the plot and lets you take the baby steps (literally) of customizing your character\'s stats. The main plot is structured like this: You and your father are residents of one of Fallout\'s iconic vaults in the year 2277. One day, your father disappears and your character decides to leave the safety of the vault in order to find your father. Predictably, your quest soon takes on much more important implications.

Fallout builds on the character development system of past Fallout and Elder Scrolls games. Every player will be able to modify and level up a combination of different skills, perks, and attributes. Every time your character levels up, you\'ll be able to add points to a selection of skills, ranging from heavy weapons to stealth to repair. You are also given one of Fallout\'s iconic perks each time: perks are specialized enhancements that can really change how you approach playing character. The most memorable ones include ladykiller, which opens up "special" dialogue options and makes some female characters easier to dispatch.

Where Bethesda has most succeeded is in its own vision of the iconic post-apocalyptic world. The Washington DC wasteland stretches out to the horizon on all sides, showcasing barren fields, run-down tenements, and blown-out landmarks. Exploring the city is the most intriguing aspect of the game, encouraging the player to look in every house and cave for interesting things. And one won\'t be disappointed: there are tons of characters to interact with, quests to complete, and items to enhance your character\'s abilities.

Interacting with the characters is a highlight typical of the franchise. Fallout is a world of hopelessness and desperation, leading to a varied assortment of personalities that have been permanently affected by their surroundings. This leads to some interesting and even disturbing conversations with individuals like an agent bent on the total destruction of a town or a member of a "lost" tribe of children. It\'s quite a marked improvement over Bethesda\'s previous efforts, presenting conversations that you won\'t just skip through to get to your next quest.

The main quest might be the focus of your character, but one should definitely look to the side quests for Fallout 3\'s true entertainment value. These quests are surprisingly complex, a sharp contrast to the powerful main quest and repetitive side quests of Mass Effect. While it might not be entirely true, it seems that every quest has multiple paths and multiple outcomes. Each quest gives you the opportunity to gain karma points, through the execution of good and bad decisions (ranging from dialogue choices to actual violent acts perpetrated by our character). This karma is instrumental in building society\'s perception and reactions to your character, opening up the possibility of different characters with different personalities joining your party. While the main quest isn\'t particularly lengthy, when you add in side quest content, one can be exploring the Capital Wasteland for upwards of a hundred hours, and that\'s without any added DLC.

Besides the standard exploration, gathering, and interaction, Fallout 3 mixes in a system of mini-games that help add context and variety to the world. There\'s lock-picking, which is a decent improvement over Oblivion\'s; hacking; and a variety of other activities.

Combat is a clever spin on the FPS mechanic that has become so popular in the industry. However, even though you are essentially holding a gun in a first-person perspective, this is no run-and-gun Quake clone. The combat revolves around VATS (Vault-tec Assisted Targeting system), a mechanic inspired by the game\'s predecessors. It essentially lets you pause the action and carefully place your shots to take out different limbs of your enemies. When your shots do hit, this results in an immensely satisfying, slow-motion shot of your shot zooming toward its target, leading to gory consequences. This targeting system has real gameplay implications besides lowering your enemy\'s health, with limb shots resulting in weapons drops and temporary stuns. It\'s an interesting mechanic, one that\'s a huge improvement over Oblivion\'s simple hack-and-slash bouts.

Technically, Fallout 3 is yet another improvement over Oblivion.The underlying technology is largely the same, but Bethesda has managed some noticible improvements to their facial rendering and animation systems. The result still doesn\'t match up to Mass Effect\'s superb results, but the characters are decidedly less android-like than their Elder Scrolls counterparts.

Fallout 3 is one of the best RPGs of this generation. Whereas Mass Effect focuses more on an epic story and great characters, Fallout 3 gives the player an immersive world filled with quests and items to hunt down. If you\'re looking for one game to suck up an obscene number of your gaming hours, look no further than Fallout 3.

Gameplay: 9.0 – Great conversation dialogue system leads to multi-segment quests that have you fighting enemies with its intriguing VAC combat system.

Presentation: 9.5 – Fallout 3 is a fascinating modern rendition of the post-apocalyptic world that has become the franchise\'s main selling point. The world is filled with interesting and disturbing personalities.

Graphics: 9.0 – Despite some technical weaknesses, the game world is shockingly well-rendered and realized.

Value: 9.5 – There are dozens of hours of side content here that present interesting choices and provide useful rewards.

Final Score: 9.2 – An amazing world that has the ability to suck you into its wonderful post-apocalyptic world for days on end.