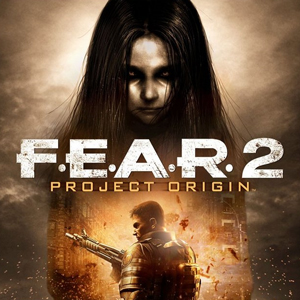 While not containing the sense of novelty that the first game had, Project Origin\'s solid gameplay and creepy atmosphere don\'t disappoint.

The FEAR franchise has gone through a history almost as convoluted as its plot and story. Starting off as a property underneath Vivendi and developed by Monolith Productions, the IP was torn away from its parents as Monolith was bought up by Warner Brothers. What followed was a pair of average TimeGate-developed expansions that took the plot in directions that Monolith never intended to explore. Although not able to use the FEAR name, Monolith remained interested in the concept, creating an "unofficial" sequel named Project Origin. With the Activision-Vivendi merger, many IPs were let go or sold by the resulting Activision Blizzard conglomerate. Luckily, FEAR was brought back home to Monolith, and the result is FEAR 2: Project Origin. The first FEAR was considered one of the best action games of the previous generation, but does Project Origin continue that legacy or fall to the wayside in this golden age of shooters?

Project Origin picks up approximately a half hour before the epic conclusion of the first game. You are put in the role of a Sergeant Beckett: a member of a Delta Force team sent to arrest the president of Armacham, the company that started this whole mess. What follows is a tale of revelations and surprises that highlight some of the most apparent improvements that FEAR 2 has over its predecessor: a well-paced plot. In the original FEAR, the game ran out of gas for many players at approximately the halfway point because they had seen all that the game had to offer in terms of plot and presentation by that point. Plot details are much better integrated and don\'t require the player to hunt down obscure answering machine messages to figure out what the hell is going on.

The meat of the game, for better or for worse, preserves a lot of the gunplay and mechanics that the original brought to the table. FEAR was well-known for successfully bringing the bullet time mechanic to the first-person genre. FEAR 2 preserves this mechanic perfectly, making some seemingly impossible fights possible. For the majority of the game, you\'ll be fighting soldiers, whether they be Armacham mercenaries or cloned Replica soldiers. Their appearances are more varied than in the first game, and they fight intelligently, flushing out players with grenades and constantly moving through the environment. Naturally, there are some paranormal enemies, such as the usual assortment of ghosts and some cool new foe called Remnants, dead "reliving" their final moments. If you disturb one of them, they become aggressive and let off a disorientating scream, all while emanating red "strings" that pick up and control bodies like a puppet-master. They\'re tough and they\'re interesting enemies to fight, but there are too few of them to make a real impact on the gunplay. All in all, FEAR 2 doesn\'t seem to lose any of the mechanics that the first game had (including the jump-and-slide-kicking that other reviewers have wrongfully called out the game for not preserving). However, it does seem to be noticebly easier due to the development team\'s desire to appeal to the more casual console audience that they didn\'t have to worry about when handling the original installment. This may put off series vets, but it won\'t ruin the game if you\'re truly a fan of the franchise.

In what was a wise choice, Monolith lets the player take control of several powerful mech suits scattered throughout the levels. They are fun diversions, and its refreshing to be able to mow down the enemies that had been hounding you for the last several hours. These sequences are short and sweet, again demonstrating the drastic improvement in pacing that Monolith has learned to incorporate.

One of the chief issues that critics and fans alike had with the first game was the unoriginality and repetition of the environments. Once you entered your first office building, you had basically seen the layout of the entire game. Here, Monolith really mixed things up, introducing a variety of environments that include devastated streets, hospitals, labs, and even schools (think of what\'s possible given these locations and I assure you that Monolith has already pulled it off).

Project Origin wouldn\'t rightfully be called a FEAR game if it didn\'t have creepy environments and sudden jarring scares perpetrated by the antagonist Alma. Thankfully, it does. For fans of the previous games, the "scares" won\'t really affect you the same way that they did the first time around, but that doesn\'t mean that Alma\'s run out of tricks. Specifically, Monolith has really stepped it up in terms of the distortion and lighting effects during and around these scenes, resulting in a creep factor that is noticebly stronger, simply giving an unsettling and insecure feel to the rest of the game. So, while the game won\'t necessarily make you jump at every other corner, it will radiate a sense of foreboding and evil that few others have managed to pull off.

As in with the first game, multiplayer feels like an afterthought when compared to the quality single player experience. The modes are standard fare, but the addition of the game\'s huge mechs to some of the matches is an amusing factor. It\'s no Call of Duty, but it does the trick if you want to blast some random strangers online.

Although FEAR 2 isn\'t the genre-defining visual benchmark that the original was (again, most likely due to its multiplatform development roots) it doesn\'t look bad and manages to pull off a variety of special effects that, as previously mentioned, really add a sense of atmosphere to the well-rendered environments. All the standard bells and whistles, like HDR, motion blur and film grain, can be found here along with some specific enhancements. The franchise has always had some real smooth animations and impressive lighting effects, and Project Origin is most definitely not an exception. The blood and gore effects have really improved as well, resulting in some truly gruesome scenes. Some might take issue with the just-a-bit-too-simple geometry or random low-rez textures, but they are rather minor gripes in what is a good-looking visual experience.

Of course, there are differences between the three versions of the game. The PC version is by far and away the best-looking and best-playing version. We\'re at the point where we don\'t need a pricey rig to max out the PC versions of multiplatform titles and have them looking much sharper and "fuller" than their console counterparts. Not only does the PC version run best, the console versions have some significant issues. Although the 360 and PS3 are similar in terms of processing power, the difference in framerate stability between the two versions is quite drastic with the PS3 version often choking up every few minutes or so. Both the 360 and PS3 versions have some obnoxious aliasing issues and lower-resolution textures that actually impact the sense of atmosphere that the game is trying to communicate. Neither console version is terrible, but if one is able to, they should choose the 360 version over the PS3 one and the PC one over both.

The audio design in Project Origin is extremely strong, so you\'ll want to play the game using a surround sound system or a quality set of headphones. The music is fitting, the voice acting is more than adequate (with the female voice actor behind a certain famous AI making a significant contribution) and the ambient sound effects are what make the game the atmospheric tour de force that it is.

While FEAR 2 isn\'t the be-all, end-all of either horror games or first person shooters, it successfully builds on the strengths and eliminates most of the issues found in the previous games. The game might be easier than expected and it probably won\'t leave you terrified of playing it at night, but it successfully creates a sense of atmosphere, mixed with some really intense combat. FEAR 2 might not be a revolutionary title, but its a damn fun game.

Gameplay: 8.5 – Solid shooting gameplay that represents FEAR\'s core. It might be linear, but the AI is extremely good at keeping you on your toes. It\'s easier than the original game, but what can one do?

Presentation: 9.0 – Awesome visual and sound effects combine to make a sense of atmosphere rarely seen in other games.

Graphics: 9.0 – Its not the best looking game, but it doesn\'t have to be. It\'s good-looking for a multi-platform title and pulls off some really amazing paranormal visual effects.

Sound: 9.5 – Has to be heard to be believed. If you want to experience FEAR 2, you have to have a sound system that can live up to it.

Value: 8.5 – The campaign is great and of decent length. The multiplayer is standard fare, but does pull off some gimmicks that are fun to play around with for at least a few hours.

Final Score: 8.8 – FEAR 2 is a great shooter with an amazing sense of atmosphere seen in few other games.