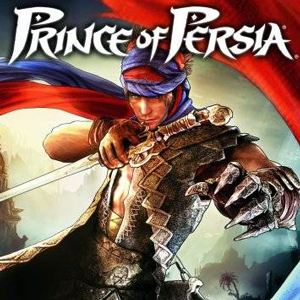 Prince of Persia might be casualized, but at least its still fun (for the most part) and enjoyable to look at.

The video gaming industry has taken a massive turn in development philosophy in recent years. With the advent of the Wii and the subsequent introduction of run-away hits like Wii Fit and Rock Band, the industry is experiencing rapid growth due to the introduction of new "casual" gamers such as soccer moms, grandfathers and kids. Consequently, many developers and publishers have started to leave their loyal hardcore followers and look to larger and easier-to-satisfy audiences. This shifted turned many longtime hardcore franchises, such as Super Smash Brothers, into experiences that have less depth and are easier to pick up and play. This has understandably soured fans. The trend continues with Prince of Persia, a reboot of the long-running series that chronicles the adventures of a new Prince in an all-new world and plot.

Prince of Persia follows this new Prince after he lost his donkey named Farah (a much-needed nod to the excellent Sands of Time trilogy). He soon comes upon a mystical land where the father of a princess named Elika has freed an evil god named Arihman. The story is fairly simplistic from that point and involves the Prince and Elika travelling to a multitude of fertile grounds which need to be freed from the "corruption"  that has enveloped them. Unlike the Prince in the previous trilogy, the new protaganist is snobbish and immature at times, introducing a modern vibe that clashes with the mystical beauty and formality of the rest of the game\'s setting and characters. At least Elika is not similarly annoying, offering a nice counterpoint that provides for several emotional moments before the game\'s abrupt ending. She is more helpful than a standard video game character, being an important part of the gameplay mechanics.

There are some new moves, such as the roofrun, but Prince of Persia vets should feel right at home navigating through the well-designed environments. Elika will constantly be by your side, going through much of the same moves that you make. In fact, she is your safety net, saving you whenever you begin to fall to your death and bringing you to safety. It\'s a clever masking of the checkpoint system, but it ultimately makes the game feel too easy, since the "checkpoints" are spaced awfully close together and are present on nearly every platform. There is also a special function that makes Elika reveal the way using a magical orb. These two mechanics, coupled with some simplistic controls, make POP one of the easiest games of the year, potentially frustrating players who reveled in the franchise\'s previously challenging difficulty.

Throughout the game, Elika gains powers that are instrumental in navigating some environments. These powers result in her and the prince being able to use different colored magic plates that allow them to uncover new areas. Combat with enemies is one on one, which is executed using 4 moves: sword, guantlet, Elika\'s magic, and vault. They can be stringed together for combos and some enemies require specific moves, but combat is ultimately simplistic and easy.

Prince of Persia\'s strongest suit is its visuals. The art style has taken a change for the better, with a new cel-shading style that highlights some intricate and beautiful environments. There is obvious contrast between corrupted and freed lands and the animation that shows the transition between them is simply breath-taking. The game looks great and runs great on all three platforms. The music is great as well, sounding authentic and heart-lifting.

Prince of Persia is what some may call a casualty of the industry\'s desire to appeal to the casual gaming base. Although it is easier than previous installments and does suffer from a less interesting story, it retains enough of the franchise\'s core gameplay mechanics and presents a bold new visual style, creating an experience that should at least be taken for a test drive.

Gameplay: 8.0 – The gameplay retains the addictive Prince of Persia core mechanics, even if it is extremely easy.

Presentation: 8.5 – Great level design and use of music. The Prince\'s voice acting and demeanor break the immersion a bit.

Graphics: 9.0 – Well-implemented use of cel-shading that really brings the corrupted and freed environments to life. It\'s one of the few games that someone might mistake for a moving painting.

Sound: 8.5 – Great use of persian-influenced music.

Value: 8.0 – The game\'s easy and won\'t last very long. The presence of collectible light seeds might stretch out the experience for completionists.

Final Score: 8.4 – Prince of Persia might be casualized, but at least its still fun (for the most part) and enjoyable to look at.