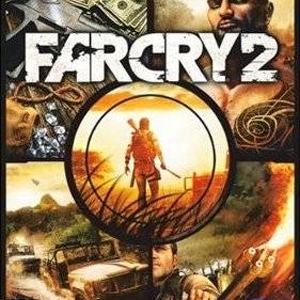 A new shooter that has another take on the growing open-world FPS genre...

"Open-world" is all the rage these days. The FPS genre in particular has begun its migration into less-linear pastures. STALKER is currently the leading franchise in this genre, but it was only a matter of time for competitors to start popping up. Far Cry 2 is the first real new entry into the market, approaching the open-world mechanics from a different perspective. Ubisoft Montreal\'s sequel to the original Crytek shooter is unique and more than competent, despite some obvious faults.

The most superficial difference between FC2 and its predecessor is its setting. The sequel is set in Africa, one of the few environments that hasn\'t been overused in games as of yet. Far Cry 2 has no narrative connection to the original: there\'s no tropical island, no crazy scientists, no supermutants, no Jack Carver and no bright-red Hawaiian shirt. Everything is ground in reality, a grim and desperate one at that. Africa is being gripped by conflicts between opposing factions armed by a powerful dealer named the Jackal. It\'s your job to hunt this man down and neutralize his contributions to these wars. The game has you choose from a cast of Buddies, but all this boils down to is choosing different hands and clothing, since the game is entirely in first person and the plot doesn\'t depend on the character you choose. From there, it\'s a romp through more than 50 square kilometers of African environments, taking missions for various factions and individuals that improve your standing and reputation.


Main story missions can be played out in a variety of ways. You receive objectives from either the UFLL or the APR, but you can team up with any one of the 11 other Buddies in order to tie up some loose ends before eliminating your target. This, in turn, improves your standing with that buddy, allowing them to eventually assist you in a variety of ways.

Unfortunately, the main body of the plot is hurt by a rapid pace and little character development. This is a shame, because the unique African setting has some real potential for emotionally and politically-charged storylines. However, spreading out the game over such a large space really hurts the narrative. Characters also amount to little more than talking information terminals that rarely move from the place you find them and are either out to kill you or give you some new piece of information. The pace does pick up after the game\'s half-way point, but it does take an awfully long time to get there and impatient types might not survive till then.

There\'s a lot to explore in Far Cry 2, with the missions being laid out in standard, sandbox-game fashion. You use your map (yes, an actual map that your character holds in front of him) in order to locate objectives and points of interest. Many of these can bring you to side missions that often offer some kind of reward. There are many of these, but they also ultimately suffer. Most of them just have you ambushing and killing an important target or taking out a weapons convoy. Basically, don\'t run through all of the side missions if you\'re looking for fun variety, try scattering them between main quest missions.

Essentially, you\'ll almost always find yourself earning diamonds (which you can also find scattered throughout the world). These diamonds can be used as currency to unlock new weapons and vehicles to use, and they do actually give you more options in approaching your objectives.

This weapons selection is one of Far Cry 2\'s hallmarks: you can eventually use everything from gold-plated AK-47 assualt rifles to a satisfyingly useful flamethrower. They look extremely authentic to the African setting due to their worn down and rugged nature and they even break down according to the amount of time they\'ve been used, meaning that its always better to pick some new weapons at an armory than scavenge them from the bodies of dead mercs. It gives the game\'s combat a quirky and unpredictable feel that few other shooters have.

Far Cry 2\'s strength (like Crysis) is in its Veni, Vidi, Vici philosophy: You approach an area, observe it with your binoculars, and then figure out a way to strike. There are some interesting factors that determine your options: like weather, time of day, patrol patterns, geography, etc. Assassination missions can be carried out during the night using silenced weapons, ammo containers can be shot at in order to set off a hail of ammunition that rips into a guard patrol, and hang gliders can be used to land on the roof of a VIP\'s building. The sheer amount of choice is quite overwhelming, and in certain situations surpasses similar areas in Crysis. The difference here is your objectives, you\'re (almost) always sent off on the same objectives, and there\'s only so much that you can do to change up your behaviors. Another surprising issue is the actual pacing of the game. It\'s simply too big. Besides four or five "bus stops" that can be used to travel across the map, you\'re going to have to slog through miles of terrain in order to travel between objectives. This takes a minimum of five to ten minutes to do so and even longer if you can\'t get your hands on a vehicle. Additionally, you\'ll often come upon enemy camps and patrols that, while seem like a good idea, end up frustrating you due to their unusually high frequency of encounters. In addition to this, NPCs respawn several minutes after you clear and leave an area, we wish that this respawn timing was a little more spread out so that it didn\'t frustrate us with repeated encounters...

Beyond the expansive single player component, Far Cry 2 does offer something more than a rudimentary multiplayer experience. The modes aren\'t anything that we haven\'t seen before but many of the positive aspects of Far Cry 2\'s gameplay mechanics are translated over. All three versions of the game also come with an easy-to-use map editor, meaning the likelihood of coming upon some cool new user-made map is relatively high. However, fans of Crysis\' and Far Cry\'s Sandbox editors will be disappointed by the lack of tools that would normally allow you to create single player missions or even import your own assets. Still, its a nice feature that most developers normally don\'t bother releasing these days.

Far Cry 2 lives up to its predecessor\'s graphical reputation, even if its not quite the best-looking game out. The African setting is well conceived, the sheer amount of little touches and details is staggering at times: Wilderbeast and Zebras run away from approaching vehicles, grass moves in the morning breeze, heavy winds rip off branches of trees, fire spreads from a tree over a plain and ignites a vehicle, etc... Weapons detail is great and lighting effects do come close to the industry-leading ones featured in Cryengine 2. Far Cry 2\'s only obvious graphical weakness is in its character models, they simply look and animate worse than some found in last generation games, but its easy to overlook since you\'ll be spending a lot of time outside looking at the beautiful scenery.

Far Cry 2\'s PC version seems to have heavily benefited from its status as the lead platform of the game: it simply looks and plays better on our mouse and keyboard-equipped machines. This isn\'t to say that the PS3 and 360 versions look bad, its just that the PC one incorporates details that are simply not there in the console versions like: clear textures, more dynamic foliage, greater draw distances, more clearly defined lighting, etc.

Far Cry 2, while suffering from quite a few flaws, is one of the better attempts at an open-world shooter that we\'ve ever played. It\'s beautiful, huge, and usually fun to play. Ubisoft Montreal did make some mistakes, mainly in mission variety and travel time, but that shouldn\'t take FC2 off your wish list if you\'re even slightly a fan of shooters.

Presentation: 9.0 – Possibly the best rendition of Africa in a video game to date. Ubisoft made the right choice in keeping the game\'s perspective totally in the first-person, immersing you in the beautiful setting. Story does drag on in parts, however and NPC\'s are a chore to talk to.

Graphics: 9.0 – Amazing technical and artistic production values, Far Cry 2\'s Dunia engine is one of the best-looking and most-optimized engines out there.

Sound: 8.5 – The African-inspired music nearly makes up for some atrocious voice acting.

Value: 8.5 – It\'s fun to play if you take it in moderation and can last you dozens of hours. The included map editor adds a bit of value as well.

Final Score: 8.7 – Far Cry 2 is a worthy successor to the original. FPS fans who were worried about Ubisoft\'s new direction for the franchise shouldn\'t avoid it if they\'re interested in playing one of the best open-world shooters ever made.