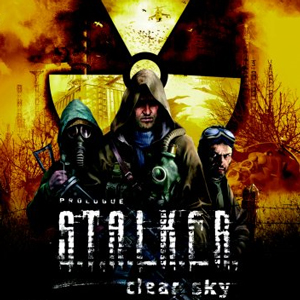 Sadly, Clear Sky is a great open-world shooter that\'s blocked out by clouds of bugs...

STALKER: Shadow of Chernobyl offered some of the most immersive environments that we\'ve seen in years. The game has sold over 2 million copies worldwide already, so it\'s no surprise the GSC rushed to deliver a follow-up. Clear Sky is quite a strange game, with its development cycle lasting less than a quarter of the time of its older sibling. This game isn\'t a real follow-up, and is actually a prequel set in many of the same areas found in the original game. Clear Sky offers many new mechanics, but it ultimately gets marred by the same issues that plagued the first iteration of the original game: bugs.

Clear Sky is set in the same opressive Zone that the original game introduced. The only difference is that the plot is set several years before that of Shadow of Chernobyl. You play a new character, named Scar, who is injured by an abnormally powerful radioactive emission. You are rescued by a group of scientists who call themselves Clear Sky (who woulda thought?) and you end up joining them. From that point on, you explore the zone, visiting the bases of other factions and carrying out missions in order to get closer to your final objective.

Clear Sky\'s main selling point is factional warfare, with groups from various factions fighting over territory around the clock. You can join the fight at certain times and affect your standings with local merchants and mercenary groups. The faction wars remain in a constant state of tug and pull, with fronts constantly shifting across the landscape.

Clear Sky retains STALKER\'s reputation for being unforgivingly difficult. The enemy is extremely intelligent and accurate and will constantly flank you. You are practically required to approach combat situations cautiously and skillfully. The quick save key becomes a very good friend after your first battles. Enemies are also very accurate with their grenades, so be prepared to die if they toss one in your direction. But, GSC doesn\'t stop there, restricting your cash flow and often forcing you to engage enemies with a woefully inadequate arsenal. This is a good thing do, as you truly appreciate it when you find an abandoned gauss rifle or manage to strip a handful of sniper rounds off of a stalker\'s corpse. Overall, Clear Sky makes succeeding in combat situations feel very rewarding, combat is definitely one of its strongsuits.

The original game\'s strongest aspect, its immersive and detailed environment, is even better in Clear Sky. A sense of foreboding hangs over the lands as you explore desolate and expansive locales. Mutants and rabid animals roam the wilderness, stalking you through the grass and becoming more aggressive as night approaches. Suddenly, a storm approaches as the camp you\'re inhabiting for the night comes under attack by a 30-raider assualt force. It\'s all of these little details that can seriously pull you into a virtual world as few games have done before.

It is disconcerting to find out how bug-ridden Clear Sky is, especially when considering that its predecessor was considered one of the most unstable big-budget games when it was first released. You\'d think GSC would have learned their lesson, but perhaps their QA team just isn\'t up to snuff. You will often come across glitched quests, die from clipping into a wall, crash to the desktop, etc. The bugs are so prevalant that they seriously got in the way of playing and enjoying the core experience. Really, GSC, you should know better by now...

While running on an obsolete engine, the effects that GSC introduced in Clear Sky do a lot to add to the immersion of the world. There\'s a new, demanding lighting system which adds god rays and extremely sharp and crisp shadows. The rest of the game\'s graphical presentation is mixed, with badly-detailed character models accented against heavily-detailed environments.

Clear Sky\'s sound design is another one of its strengths. From the rustling of leaves to the howling of wolves at night, Clear Sky doesn\'t stop being an assualt upon your auditory senses. The voice-acting is sufficient, and any missteps are rather minor.

Clear Sky is even more of a flawed beauty than Shadow of Chernobyl. If you\'re willing to deal with some bugs and slog through some unforgivingly-difficult firefights, then you\'ll find a world that sometimes feels too close to reality.

Gameplay: 8.5 - Stunningly-good AI sometimes make fights a BIT too difficult. The new faction gameplay adds yet another interesting twist to the world.
Presentation: 7.5 - While offering a stunningly immersive world, a dated interface and massive stability problems mar that advantage... at least until the game gets patched.
Graphics: 8.5 - The engine is becoming quite obsolete, but some new effects can really add to the immersion factor present in the game... provided your computer can handle them.
Sound: 9 - Clear Sky is simply a feast for your ears, just as its predeccesor was. The only things that mar the experience are some inconsistencies with the voice acting.
Value: 8.5 - Just as large in scope as SoC, you must nonetheless have some patience to deal with Clear Sky\'s bugs.

Final Score: 8.4 - A decent follow-up to the stunning original. We hope that GSC gets to work on ironing out Clear Sky\'s multitude of bugs.
Marcin Skok
Editor-in-Chief
"The Gaming Corner"