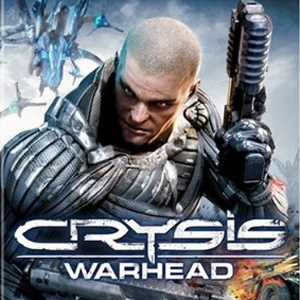 Crysis Warhead excels at being a worthy follow-up to the ground-breaking Crysis and succeeds at fixing many of its faults...

Crytek is an anomaly in this day and age of the video game industry. Its first two games, Far Cry and Crysis, were released to critical and commercial acclaim, often being called some of the finest games of their respective release years. Following hot on the heels of Crysis, Crysis Warhead is Crytek\'s first chance to return to one of its franchises (Ubisoft bought the Far Cry IP from them shortly after the first game was released). Befitting of their legacy, Crytek has used Warhead as an opportunity to improve upon the criticisms of their previous game, just as Crysis was a response to critics of Far Cry. The result is a product that\'s nearly as essential for real shooter fans as Crysis was a year ago.

The most striking change is a protagonist switch-out. Whereas in the first game you played the strong-but-silent Nomad, this time you take on the role of Psycho, Raptor Squad\'s resident Brit. This is easily a change for the better, as Psycho injects a lot of personality and emotion that you suddenly realize was lacking in Crysis\' protaganist. A subtle change is the use of third-person cutscenes, making the story seem that much more cinematic. Where Warhead excels is in its short but intense campaign. It\'s the equivalent of a summer action-movie blockbuster, and you\'ll find yourself hungry for more once you finish it. Warhead benefits from a tighter plot, one that features several stand-out moments that instantly make it memorable than most parts of Crysis. It\'s not that Crysis\' plot was horrible, its just that Warhead\'s is surprisingly effective.

Gameplay conventions are similar to that of the original game. You don a nanosuit with the ability to boost power to you armor, strength, speed or cloak. Weapons feature real-time rail customization options that let you swap out different ammo types, scopes, flashlights, lasers, etc. Warhead introduces two new weapons: dual-wieldable mini-SMGs that you can swap out for your pistols, and a dual-function grenade launcher that also allows you to set remote mines. They\'re a cool addition to a game and they definitely don\'t feel tacked-on. Vehicles have recieved a less consequential overhaul, introducing two versions of the Korean ASR (Assault Scout Recon) and a weaponless motorboat that you mainly see and use in only a single level. However, even these small additions are impressive for a $30 package.

The original Crysis pushed open-world gameplay for the first two-thirds of the game, and then turned strictly linear by the end. While most critics praised the first two-thirds, it was sometimes criticized for offering TOO much freedom to the player: some gamers found themselves wandering off and getting lost and/or killed in the process. On the flip side, the last third was criticized for throwing away the tactical freedom that Crytek hyped up before release, even though it was a cinematic thrill-ride. With Warhead, Crytek took the best of both sections and combined them into a game that features heart-pounding cinematic moments in the vein of Call of Duty 4 combined with wider "theaters" that offer you a lot of freedom to approach combat situations. Psycho is presented as a very Rambo-like character, and this is reflected in the various featured set-pieces that contain tons of vehicles, barrels, and other explosive objects. There\'s nary a quiet moment in Warhead, and that\'ll please those who felt Crysis was a bit too slow-paced.

Perhaps the biggest complaint with Crysis had nothing to do with the actual gameplay or plot, but rather the engine. Crysis was beautiful, but that beauty came at a price. It brought many rigs to their knees, and as such was heavily slammed for its "elitist" requirements. Crytek gave their engine team a $700 PC and told them to make Warhead run well on it at High settings. It might seem like a miracle, but they pulled it off. Whereas we found it impossible to comfortably play the original maxed out, Crysis Warhead manages to mostly stay above the magical 25 FPS barrier on our Q6600, GTX 260 system and ends up buttery-smooth when you bring it down a notch to Gamer (High) settings. If you\'re a PC gamer, system requirements shouldn\'t be an excuse for not getting the game this time around. It even looks better, with light reflecting more realistically than in the original and characters featuring better animations.

The level of presentation in Crysis Warhead matches that of Crysis. Voice acting is, once-again, superb and the level design is pretty unique with some highlights including a frozen aircraft carrier and an actual train-based "rail" level that is more open-ended than most rail levels. The background music is different from that of the first game, and although its not necessarily better, it does fit the story and plot appropriately.

For $30, Crytek could have merely included the Warhead campaign and called it a day. But there was another, less-hyped, part of Crysis that Crytek decided to overhaul for this release: the multiplayer. Crysis Wars is the new Crysis multiplayer suite: it includes all of the maps from the original and adds a Team Instant Action mode that was sorely missing in the original package. Nine new maps have also been released, and they offer some unique environments to fight in. A lot of work has been done in making the gameplay tighter, with Crytek re-balancing some of the weapons and making sure that the vehicles aren\'t as flimsy as they were in the first one. In conclusion, Wars adds on a lot of value for a what was already an inexpensive package.

Crysis Warhead is an FPS gamer\'s wet dream - a cinematic and fast-paced action game that features some of the most-refined gameplay to ever grace a shooter combined with the most technically-proficient engine ever created. Crysis Wars adds volumes of gameplay hours and value. Shooters just don\'t get any better than this.

Gameplay: 9.5 – Crysis Warhead combines the sheer variety of gameplay offered in Crysis with the balls-on-the-wall action of Call of Duty 4. Wicked. We only wish it was a bit longer.
Presentation: 10 – Preserves the amazing production values of the first game while offering a more emotionally-involving story and interesting protagonist.
Graphics: 10 – Imagine a game that looks and runs better than Crysis. No, its not a dream, its called Crysis Warhead.
Sound: 9.5 – The sound design fits the explosive nature of the gameplay while maintaining the believability of the previous game\'s voice actors.
Value: 10 – With its pulse-pounding campaign and complete multiplayer suite, Warhead is simply a steal for the price