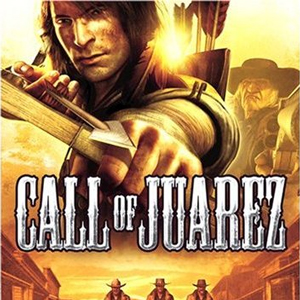 While it doesn\'t revolutionize, Call of Juarez brings the shooter genre into a fresh new setting with a few quirks...

Polish developer Techland is known for some respectable games like Chrome, but its latest attempt tries to bring the shooter genre into another setting.

You play two characters in this game: one is named Billy Candle, who is a half-white, half-Mexican drifter looking for the Lost Gold of Juarez. His life is thrown upside down when he finds his mother and stepfather dead. The other character you play is named Reverend Ray, Billy\'s step-uncle and town preacher who’s dedicated to spreading the Lord\'s word, but when he sees Billy running away from the bloody corpses of his brother and sister-in-law, Ray mistakenly goes after him for revenge.

Unfortunately, the two characters aren’t equal in terms of gameplay mechanics and pure fun. Ray is easily the better one. Ray\'s entire appeal is epitomized by his "bible button.," where he reads the bible to enemies and stuns them for several seconds. It’s a quirky feature that doesn’t really make sense, but is a lot of fun. Other than that, he has a pair of six-shooters, which he can use in combination with a "concentration mode" which lets you take down a bunch of enemies in a space of several seconds. There are also some cool “dueling” sequences which focus on the boss fights. Not very original, but fun

Billy can is much less combat orientated, and focuses on some iffy first-person platforming and stealth sequences. Billy uses shadows and environmental objects like bushes and boxes to hide behind. Unfortunately, you’re rarely well-armed enough to just power through the overly-long stealth sequences. The platforming is quite a bit worse as its difficult to determine jumping distances in a first person mode. The Indiana Jones-like whip-swinging ends up suffering from the same trial-and-error problems

What’s a western without horses? Fortunately, the horseback riding is quite fun and only takes a short while to master. There’s some cool shooting scenes which also harken back to Indiana Jones and Western movies

The multiplayer is class-based. You can play as a rifleman, a gunslinger, a sniper, or a miner, in modes like deathmatch, team deathmatch, capture the flag, VIP, etc. It’s not to

Call of Juarez is mostly great with its graphical presentation. Environments look beautiful and easily capture the Old West look with great textures and nice lighting. Unfortunately, characters look a bit ugly and have an aged look. Animations don’t look that great either. DirectX 10 is supported on the PC version, and it automatically makes the game look much better. The one thing that really is disappointing is the abnormally long load times

Audio sounds mostly great, with some nice environment sounds. Acting is a bit off, and Billy’s got the most disappointing voice acting

The advantages between the PC and 360 version are unfortunately mixed. As expected, aiming and movement is much easier with a mouse and keyboard, but aspects like the concentration mode and horseback are much more clumsy. Also, none of the extra missions or gun duels that the 360 version has are present in the PC version.

Call of Juarez doesn’t really change things around a lot, but it’s a fun game and should be looked at as a budget title.

Gameplay: 8 - Game is fun to play as Ray, not as Billy. Multiplayer is standard-fare, but fun due to its unique setting.
Presentation: 8.5 - Mostly nice graphics, really communicates the setting of the Old West accurately.
Graphics: 8 - Nice environments and effects, but dated character models and animations.
Sound: 8 - Great gun sounds and western themes, voice acting is just a wee-bit iffy.
Value: 8 - Great value for a budget price.

Final Score: 8.1 - While it doesn\'t revolutionize, Call of Juarez brings the shooter genre into a fresh new setting with a few quirks...