Polish Game Developers and their Projects at Pax West in Seattle, WA 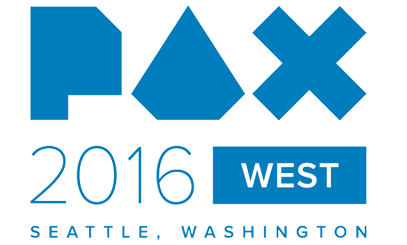 This year the Indie Games Poland Foundation organizes a special Polish booth at Pax West where all visitors will be able to meet Polish game developers and their projects.

Indie Games Poland Foundation was created in 2015 with the aim to support video games developers in their education, production, and promotion. The Foundation wants to assist independent developers in the process of brand creation and establishing their games as full-fledged products by setting up a knowledge base, arranging training, conferences, and exhibitions.

Pax is also a unique opportunity to show outstanding Polish approach towards video games creation. Polish video game industry ecosystem consists of numerous small studios with the exceptionally creative approach. The international audience appreciated many of these niche projects, and some of them were awarded by prestigious industry organizations.

PAX initiative was created in 2004 originally as Peny Arcade Expo, and it has been hailed as a celebration of gamer culture. Thanks to the diversity of the attractions PAX is a combination of open keynote speeches on video games production and industry, discussion panels, independent games exhibition and gamers culture festival in all possible aspects  starting from playing, ending with games-inspired music concerts. For the last few years, PAX became one of the most important places where independent game producers can easily confront their audience competitors and partners. It is also a chance for Polish Video Game Industry to be brought out into the open - not only with bigger titles but also with smaller ones that bring the fresh air and new unique approach.

Mikolaj and Joanna will be in charge of communication with media of Polish Developers showing their games during PAX West at Polish booth organized by Indie Games Poland Foundation. They are also going to be responsible for Polish Party accompanying PAX on September 4th in Polish Home in Seattle supported by Polish Cultural Institute.

Independent video games' creator, widely known for his work on McPixel Creator and numerous smaller titles, and interactive toys which he makes for both contemporary and retro PCs. Organizer of a number of game-related events including 0h Game Jam and 7DFS. Mikolaj supports Indie Games Poland Foundation in their game jam initiatives, events, and communication. He is the ambassador of Polish game developers and proves that even one person can establish new worldwide trends. Thats the story not only for his McPixel Creator but Mosh Pit Simulator as well - Mikolaj's new game outlines new areas of Virtual Reality.

A former marketing manager at CDP.pl experienced in promoting AAA titles, such as Call of Duty, Metal Gear Solid and Disney Infinity, on the Polish market. A passionate PR supporter of Polish indie games' projects. Currently working as a head and muscles of communications at QLOC S.A.  Polish external development studio, responsible among other things for the recent PC version of Dragons Dogma: Dark Arisen, Resident Evil, and DMC series ports. Joanna has vast experience in PR, not only in Video Game Industry but also in startups and NT companies. She supports Indie Games Poland Foundation in PR and communication - both domestic and worldwide -  and Polish developers exhibiting at Pax West 2016.

Polish PAX booth will be represented by 17 video game projects, including:
- Book of Demons  deck-building hack and slash adventure, where it's the player who decides the length of quests;
- Badass Hero  a roguelite platformer shooter set in a comic book universe;
- Detached  a game where the player finds himself in a futuristic sci-fi world, where a conflict between two corporations over a discovery at a mining facility has brought them both to ruin;
- Soulblight  a top­down roguelike, built around a literal meaning of RPG;

and other amazing games created in Poland  a country where the wizardry meets gamedev innovation.