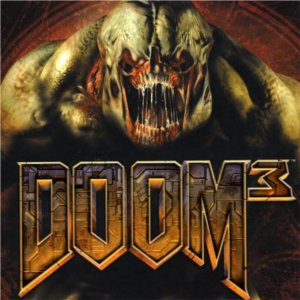 Another faithful successor to one id\'s star franchises...

Doom 3. This little gem came out several years ago and still blows people away to this very day. It was the sequel to the original and had a lot to live up to. We\'re happy to say it succeeded, for the most part...

The original Doom was a pure shoot-\'em up. You went around blasting demons with an entire arsenal of weapons at your disposal. And it was pretty fun. But with Doom 3, id decided to take more of a horror approach to the gameplay. For example, you\'re walking down a corridor after going through a room you just cleared. You hear a sound behind you and turn around, your shotgun pointing into the blackness of the overly-dark facility. There\'s nothing there. You turn around and there\'s a monstrous Imp in your face! You blast it away and are suddenly attacked from all sides. This is the basic premise behind Doom 3\'s gameplay. You walk through the facility, collecting key cards and PDAs, while being attacked from unlikely places by demons and zombies trying to scare the hell out of you. I say trying because the game makes use of numerous "monster closets" where it is obvious that you\'ll be attacked from. Many powerups and pickups are actual triggers for attacks, so you should have your weapons ready if your going to pick up that spare bit of armor or pack of shells for the shotgun.

The arsenal in Doom 3 is your standard FPS fare, besides some unique additions. You get: a flashlight, pistol, machinegun, shotgun, etc. While the weapons are all sufficiently powerful and useful in various situations, they sound and look a bit-underpowered, the weak coughing of the machine gun comes strongly to mind...

The Game has a just-right length of 17-20 hours on normal difficulty, but it tends to drag along at the ending 6 hours. Impatient people will get tired of the monotonous and repetitive gameplay and probably drop the game before it ends. If you love blasting demons and zombies though, I\'m sure that you can stomach the average gameplay.

The Doom 3 engine is one of the biggest leaps in engine technology ever made. It is just plain mind-blowing the first time you see it in movement. I can truly say that this engine is the first one that can directly compete with some of the older CG movies, like Toy Story and Antz. The lighting is truly phenomenal. Lights have visible sources, and they leave behind truly dynamic shadows. Metal shines, plastic is dull, etc. The animations of the monsters\' movements are just right, fluid and downright scary at times.

Sound. To make this kind of game, you need great sound. Well, Doom 3 has JAW-BREAKING sound. Everything is life-like and scary. From an Imp slithering behind you to the boom of your BFG blast, nothing to date compares with Doom 3\'s sound effects. If you have an EAX HD compatible sound card and a nice 5.1 or 7.1 speaker system, patch Doom 3 and you will be blown away.

After you finish the game, you won\'t have many other things to do. There\'s a rudimentary multi-player mode that isn\'t superb, but still fun. You can replay the game on Nightmare setting, but that is recommended for only the most hard-core and solid FPS players.

Although it has its flaws, Doom 3 is an easily-recommended game. The beautiful graphics and sound help complement the great gameplay in what is definitely a solid FPS. If you don\'t have it yet, rent or buy it, it and ROE are only 20 bucks each now!

Final Score: 8.6 - A fun, upgraded romp through a Doom campaign is worth the money.