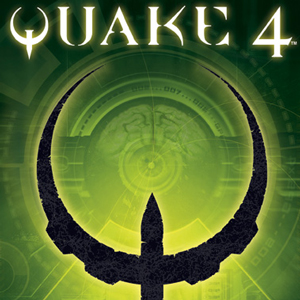 Quake 4 is a faithful follow-up to the series. Those looking for shooter innovation, however, should steer away...

John Carmack and his id studio have been practical rockstars in the gaming industry from the time of release of classics such as Commander Keen, Wolfenstein 3D, and Doom. Bringing high-tech engines and some immensely satisfying multiplayer and single player mayhem to the gaming industry, id has steadily grown more and more successful as the years have gone by. Quake, a series that became renowned for its stunning 3D graphics and intense multiplayer action, has since been handed off to other studios while id works on their next engine and game, Tech 5 and Rage, respectively. Quake 4 is the direct sequel to Quake 2 and its Strogg storyline, being developed by the renowned Raven software. But how does Quake 4 hold up in this day and age of giants such as Crysis, Halo, Call of Duty, and others?

The game\'s opening scene should be pretty encouraging for those hoping that Quake 4 follows the series\' path of grisly and intense scenes. As the game title comes up on screen, the camera pans through a field of destroyed human warships and dead soldiers. All of a sudden, three gigantic carriers jump out of Slipgate drive, swinging past the camera as it pans, revealing a full scale attack on the alien planet of Stroggos with defensive shots racing up from the planet attempting to take down an immense human fleet. It\'s a great scene, and is indicative of the quality and intensity of later cutscenes.

Your name is Matthew Kane, and you\'re a member of Rhino squad, one of several units assigned to the invasion of Stroggos. As you approach the planet, your dropship gets shot down and you get separated from your squad. You spend the next half hour or so rendezvousing with various units and eventually meeting up with your squad leader. While this sounds uninteresting, what really makes this scene stand out is the amount of action and fighting happening on screen and in areas that you can watch. Giant Strogg machines march across the field as they trade fire with human-designed walker mechs, human squads fight vigorously to thin the Strogg infantry\'s huge numbers, Strogg bombers fly overhead and take out human infantry, ship captains call desperately over the radio for the ground forces to take out the Strogg defense cannons, and commanders call in planetary bombardment on Strogg positions. It all adds to a sense of an actual war taking place, and that you\'re only one small part of a planet-wide conflict. This first act culminates in the landing of the USS Hannibal, the command center of the entire campaign. It really is refreshing when you finally break out into the open field and see the gigantic ship come in for a landing, blasting Strogg towers and defense positions to dust.

The rest of the campaign follows Rhino Squad\'s attempts to target the Nexus, the network linking all of the Strogg forms together. Your first attempt, using an EMP bomb at a critical site called the Tetranode, fails and you get captured. What follows is a plot twist - SPOILER ALERT- where you are captured and Stroggified, or turned into one of the Strogg. Just before the process is complete, Rhino squad bursts in and saves you. You become the best weapon humans have against the Strogg, and after several more levels of intense set-pieces and battles, you\'re thrown into a rematch against the leader of the Strogg, the Makron, who personally captured you the first time around. -END SPOILERS

Quake 4\'s action is standard Quake, which will be quite a magnet for old fans of the series. You carry multiple, powerful death-dealing weapons and engage in linear combat against an extreme number of foes. The action is simply intense, and you\'ll be whipping your mouse around, hoping that you can take down the Strogg fast enough to stop them from running you over. Your squadmates have an extremely high amount of health, allowing them to prove useful in combat. There aren\'t any recent innovations, such as destructible environments, cover systems, aiming down sights, or the like; and this might put off gamers looking for something new.

Quake 4\'s multiplayer component draws on Quake 3\'s, and is mostly identical except for an odd omission of bots. Otherwise, its the same fast-paced action that fans are familiar with.

Quake 4 is powered by the Doom 3 technology, and as such, it is an impressive looking game. The textures hold up even in this day and age, and lighting and shadowing surpass what most games are capable of even today. The engine scales well and runs smoothly, at least on the PC. It is evident that the Xbox 360 version was a quick port and sloppily done, as there are inconsistent textures and constant framerate drops. Sound effects are quite convincing, with the weapons sounding distinct and the marines exhibiting some surprisingly good voice acting.

Quake 4 is like a trip down memory lane. It takes all that was great in Quake 2\'s single player and Quake 3\'s multiplayer and wraps them up in a brand-new engine. What results is a sweet gift for nostalgic fans of the series, but a disappointing release for newcomers.

Final Score: 8.6 - Fans nostalgic of the Quake series and its gameplay should run to the store and pick this up.
Marcin Skok
Editor-in-Chief
"The Gaming Corner"