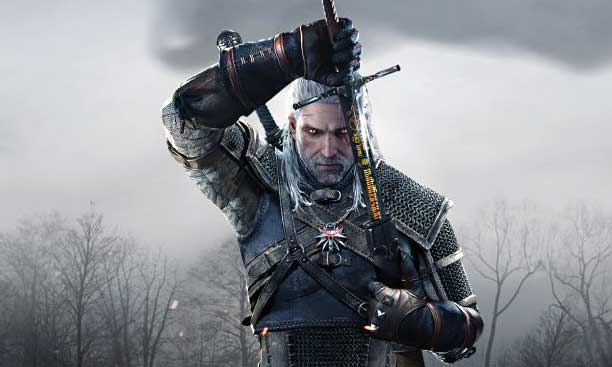 Sometimes, disparate individuals and elements come together to create something enduring and magical. Something which wouldn't have existed without an extraordinary array of talent and effort collaborating on exactly the right project at exactly the right time. In the field of video games, or interactive entertainment as I like to call it, The Witcher 3: Wild Hunt appears to be such a project, turning everything that its associated with into gold.

How else would you explain its Cinematic Launch trailer? An entity which transcends the somehow belittling title of its genre, a genre more associated with recycling messages of urgency and acting primarily as an advertisement to "BUY THIS DAMN THING, we don't care how many spoilers we just showed you over the span of our two minutes!"

That this video is the launch trailer for a game is shocking. The effort shines through every frame, spoken phrase, and monstrous scream.

It is always appreciated when the team behind a trailer decides that they want to create something enduring, standing proudly apart from the piece that they are ultimately promoting. The best way to do that is to tell a small story. This tells a supremely engaging story within its means.

Right at the open, we hear and see a women singing. It takes us a few seconds, but it would appear that she is singing some sort of folk tune, a warning about a monster coming for her. You wonder exactly when the monster is going to pop up and attack. Then, you hear the Witcher's voice.

As the two converse, the audience begins to feel apprehension. What would Geralt, a monster hunter, want with such an innocent looking, saddened woman? We don't understand, but, somehow, we DO understand.

The males watching are caught off guard as the woman who suggestively unbuttons her blouse suddenly becomes a ghoulish fiend. It is a bold move, a reminder that this isn't a story for children and ultimately a game for adults.

As Geralt approaches the barn, he takes a swig from a flask. Makes sense, potions are usually helpful in high risk situations like hunting monsters. The director of the trailer subtly hints at the enormity of this moment as Geralt's nose drips a single drop of black, sizzling blood.

Witcher and monster clash. The audience is on Geralt's side as who would possibly want something so hideous and evil to continue to live? Gameplay hints abound as Geralt throws a "grenade" that reveals the creature. Unfortunately, she gets the better of him and sinks her teeth into his shoulder.

As she smiles, we slowly begin to smile, too. Aha! That's why Geralt took that potion at the beginning. Surely enough, she begins to shrivel and run away. Geralt cooly follows her, shooting bolts to make sure she is finished off. The two collapse to the ground, the monster dying and curiously reverting to its human-like state. This part gave me pause, as it suggested that perhaps her human form wasn't as black and white as being merely a surprise.

Morning comes and the Witcher rides off towards the city, fulfilling a contract for an individual that he probably doesn't know much or care about. A day in the life of Geralt is told. A day in the life of the Witcher's world is told, a world of morally ambiguous characters and conundrums which fascinates with its indifferent tone. It is simply beautiful.