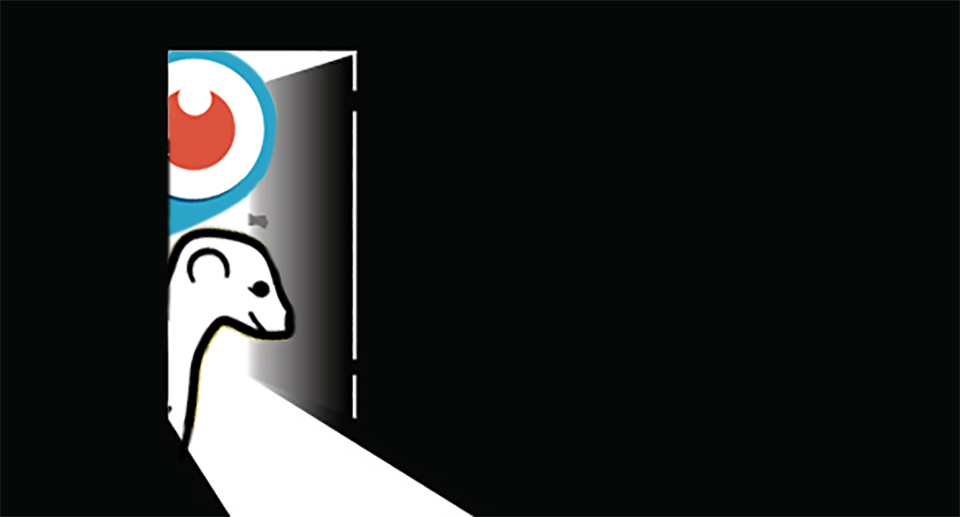 Two months ago, it appeared that two new apps had taken social media by storm, reintroducing the paradigm of real time video streaming, enhanced with the network effect of people’s existing social media relationships. Periscope and its less fortunate cousin, Meerkat, were themselves embroiled in an interesting battle over access to the Twitter API, which was essential to building their initial audience. Blogs and news sites hyped these services as the “future of Twitter” or the “next Facebook.” With the advantage of a few months of hindsight, it’s safe to say that some of these claims were over exaggerated.

It’s difficult to gauge popularity of apps that are just starting or privately owned. Two measures that we can use, however, are app store rankings and social media mentions of the apps themselves. On the first front, you won’t find either Periscope or Meekrat on the top 100 apps of either the App Store or Google Play. The social media mentions of both have also declined since a spike from the Pacquiao-Mayweather fight.

So, what happened here? Quite simply, many individuals, some working at blogs and publications, got overexcited and wanted to be part of the next big wave in tech and social media. This contributed to an echo chamber which probably led many to scratch their heads, wondering what the fuss was all about.

Make no mistake, there is validity to the concept of live streaming, but there are 3 huge reasons why it won’t be a phenomenon anytime soon.

Time Commitment
Our technology is constantly being optimized to communicate maximum information in the smallest minimum of required time. Twitter was founded on this idea: a concept of short morsels of information that can be consumed by the dozens before even a minute has passed. Messenger apps keep our communications around so that we can answer our friends when we have a spare second at work or on the train. Even hardware such as the Apple Watch pushes the unimportant to the side and makes it easier to focus on whatever is in front of us.

Live streaming is a time commitment, not only for the streamer, but for the audience itself. They have to actively seek streams that might be interesting, having to wait anywhere from 30 seconds to several minutes before they feel they have seen something worthwhile. With the universe of apps and life constantly vying for our attention, Periscope and Meerkat are just asking too much of most of us.

Technological Limitations
To be frank, many of these livestreams just aren’t great. That is understandable given the patchy reception that we have around the country, a situation that is exacerbated when you look worldwide. Sure, the content creator can find a Wi-Fi connection, but what’s the probability that your audience is using something similarly stable? For live streaming to work and be enjoyable, both ends of the stream have to be stable.

Then there’s the issue of data limits. Carriers would be terrified if an app such as Periscope were to ever take off, but that is unlikely due to the safeguards that have been in place for many years. Both streamers and watchers have to be very careful of their monthly bills being utterly consumed.

What if we missed something important on a stream and wanted to rewind? Although technologically possible, the infrastructure, bandwidth, and storage required to make this a reliable option across many thousands of streams is staggering.

Content
Besides some worthwhile events that’ll be mentioned later, livestreaming is a constant burden of finding something important and visually interesting to share. The medium limits the range of applicable events, as you would have to be able to readily record whatever is happening and have a strong signal, simultaneously.

Otherwise, these apps become a cacophony of awkwardness and monotony. They lack self-curation powers that a medium like photos combined with a tool like Instagram already provide for millions of people who comfortably express their interpretation of the world at their own pace.

Live Streaming’s Value
There are worthwhile things to stream, such as live entertainment events or emergency developments. These both increase awareness of what’s happening around us and represent the most powerful side of live streaming: an unfiltered view on what we might have missed otherwise or was later told to us through a biased filter. There’ll be groups of people that take on the responsibility of being the news cycle’s “first responders” and our experience as a human race will be made more raw and transparent because of it.

However, until headway is made on some of the aforementioned factors, streaming and its ilk won’t see the mass reception enjoyed by other concepts that have taken over the internet and enriched all of our lives.

Does that diminish its value and potential? Absolutely not.