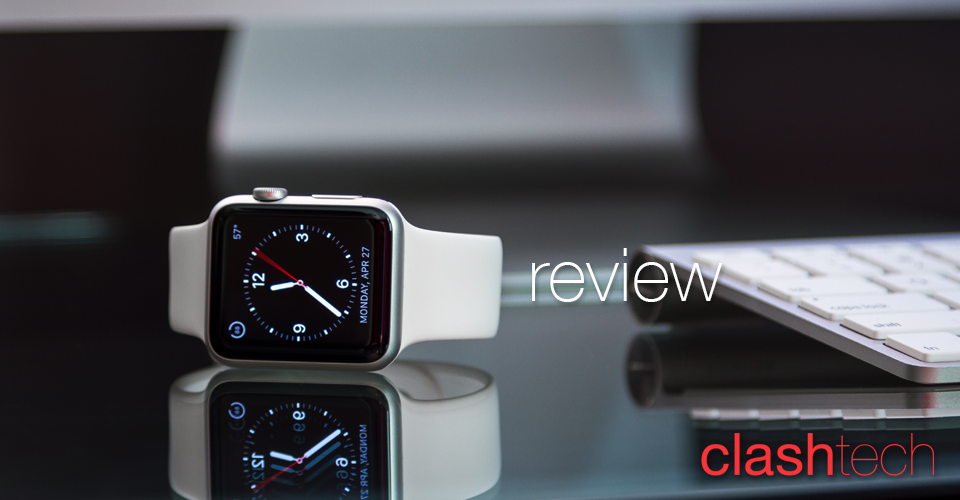 The Apple Watch represents something distinctively new; not just for Apple, but also for consumers. Sure, smartwatches have existed before, but none quite like the Apple Watch. Just like the iPad did for tablets, Apple hopes to bring smartwatches into the mainstream.

Laying the Foundation
The most intriguing thing about the watch has to be how everything had to fall into place for this device to come to fruition (No, that wasn't intentional). The Apple "pipeline" has to be incredibly well thought out. It is obvious that this watch would not be able to exist if it weren't for the availability and pricing of certain types of hardware, but it goes deeper than that.

From a hardware perspective, Apple needed to introduce the iPhone 6 first. The iPhone 6 not only provides a bigger display, but also a bigger battery, crucial for keeping Bluetooth on all day for sending and receiving information from the Watch. Of course the Watch will work on iPhones as early as the iPhone 5, but with the drain of battery I'm already receiving on my iPhone 6, I cannot imagine pairing this with an older generation iPhone. Also, the curved edge display of the iPhone 6 happens to mimic the display of the Watch; definitely not a coincidence.

From a software perspective, Apple needed to introduce iOS 8 and Yosemite first. It is with the introduction of these two operating systems that we are brought Health and HealthKit, which are crucial for the fitness tracking capabilities of the Watch (one of its strongest selling points). We have also been introduced to Continuity between iPhone, iPad, and Mac. I never found this to be of much use between these devices, but add the Watch and Handoff suddenly becomes a complete game changer (more on that later). iOS 8 also introduces predictive text and voice messages, two of the most significant communication methods for replying to texts from the Watch.

Finally, from a services perspective, Apple needed to introduce Apple Pay and Touch ID first. Apple Pay is my favorite feature on the Apple Watch. Without Touch ID, Apple Pay does not exist. It is the combination of all of these technologies Apple has been slowly introducing to customers that allow the Apple Watch to exist.

Availability
On Friday, my girlfriend and I received our Apple Watch Sports (Silver Aluminum Case with White Sport Band, 38MM and 42MM respectively). We were one of the lucky few, with Slice Intelligence reporting only 22% of preorders have reached their rightful owners. It wasn't just luck though. We did wake up at 3:00AM EST on April 10th and placed our pre-orders at 3:03AM. However, this launch (or lack thereof) has been most confusing thanks to the various missteps by Angela Ahrendts and Tim Cook. Apple has been touting this device as their "most personal device" ever, but, for some strange and unknown reason, you cannot buy the Apple Watch in person from an Apple Store. Instead, under Apple leadership direction, employees must guide prospective buyers to a very impersonal online shopping experience. I cannot even begin to fathom how Angela and Tim are okay with having a customer walk into an Apple Store, have a try-on appointment (fortunately, these appointments seem to be quite awesome), then walk over to a computer with an Apple Specialist, look on Apple's online store, only to see the watch they want won't be available for delivery until June! Far from personal and far from okay for Apple.

But enough about availability and logistics, let's talk about the watch itself.

New Product Category means New Behaviors
I find that the most negative comments about the Apple Watch are from those who don't understand Apple's vision. It cannot be said enough that the Apple Watch is not just an iPhone on your wrist (as many previous smartwatch failed attempts have learned). It is also not about never using your iPhone again. Instead, it forces the user to think about their current technology behaviors and create new ones, evaluating where and when this product fits in their life. After a short weekend with the Watch, I strongly admit that I do not have a grasp on this yet, but that is completely expected from a new product category. When the iPad was first introduced, naysayers had similar opinions, "I can do everything on my iPhone that you can do on your iPad, so what's the point?" Of course, we all know how that turned out. After consumers and developers spent a significant time with the iPad, it was only then that we began to see where the iPad fit in our lives. The exact thing can be said for the Watch. During these first few mornings, I still reached for my iPhone first.

Is that to say the Watch is a failure? Absolutely not.

Likes
The first time I received a tap generated from the "Taptic Engine," I knew this product had all the magic that makes products distinctly Apple. Apple states, "We found a way to give technology a more human touch. Literally." It cannot be described any way other than someone gently tapping you on your wrist. It strikes the perfect balance of being prominent enough to be noticeable, but subtle enough to feel personal. The Watch builds on this distinctively Apple implementation in other nuanced user experience gems.

For example, the watch face builds itself slowly and incrementally when zooming in on the watch icon of the home screen. You feel a gentle tap when scrolling to the bottom of the list. The jellyfish wallpaper was not computer generated, but instead a collection of 24,000 photographs of an actual jellyfish in an Apple lab. The Watch unlocks with a simple passcode when first putting it on, and stays unlocked until it senses it has been removed from your wrist in a perfect implementation of hassle-free security. While watching Daredevil on Netflix with my girlfriend, we both received a tap notifying us that it was time to stand. Upon receiving this notification, my girlfriend and I jumped off of the couch and started dancing around smiling. Somehow, a piece of hardware and software created a funny and joyous moment for us, while also motivating us to live healthier lives. Apple has again proven that it can create those truly human and personal experiences out of circuit boards, antennas, and code.

In addition to the small touches, I was surprised by battery life. Despite messing around with the Watch for way more than I would consider "normal use" because its shiny and new, I took the Watch off with more than 40% battery life remaining after both nights. This gives me the confidence that the Watch can definitely last through a tough workday, if not more so. Handoff allows the iPhone to immediately pick up where you left off from any app on the Watch by just swiping up from the bottom left of the iPhone's lock screen. Finally, the coolest feature for me has to be Apple Pay. At Panera, after placing my order I double-tapped the side button, placed my wrist by the terminal, received a tap for confirmation, and unconsciously let out a "wow" (looking like quite a snob to the cashier).

Dislikes
There are a few problems with the Watch in its current state. After all, I decided to buy the Sport model because I know from experience that first generation devices are just that. I find my biggest gripe to be apps taking a longer-than-ideal time to load (especially those that need to retrieve location). It's too early to tell if this is a hardware or software issue, but we definitely hope that its the latter. Of course, I have a somewhat biased opinion, but the only other issue that I have had is with the incredibly annoying task of rearranging apps on the home screen. Although you can do this from both the Watch and the companion app on the iPhone, it is a major headache. Because the icons aren't laid out on a grid, moving a particular app to a location causes the apps around it to become unbelievably frustratingly displaced.

Apps
As with the original iPad, it is safe to say that developers need time to learn how to correctly code for this new experience. As The Verge reports, thousands of Apple Watch apps have been made without the product teams even using the device. Heck, even Facebook doesn't have an app yet! There are a few apps that have successfully embraced the Watch's ethos: Transit, Epicurious, Dark Sky, Hue, Seamless, and Uber. However, for other apps, the idea that the Watch is just for quick glances and tasks hasn't quite sunk in yet. Developers also have to deal with the new home screen layout. There are no separate pages and no folders as there are on iOS, meaning that each icon is more aggressively competing for real estate. If a particular app is too complex and not user-friendly, it will likely get deleted. If an app is too focused and only serves one purpose, it will also get deleted. Within due time, these issues will be solved by the creativity of developers and the Watch will derive even more utility.

Future of the Watch
What is to come of the future? Well for certain, I can predict that Samsung will come out with a gold watch with a vast array of bands in different, but not unfamiliar materials, and maybe even a haptic-engine-like-tap for notifications. As for Apple, it will be interesting to see how this new product progresses. After my short weekend with the Watch, it is clear to see that we haven't even seen the tip of the iceberg and that is truly exciting.

My Recommendation
So, should you get the Apple Watch? Well, the answer isn't an easy one. Do you need this device? Absolutely not, but you're not supposed to need it. It's a nice to have, a luxury. I do suspect the Watch to only get better and better with each iteration and you may wind up needing the second or third generation version. According to all major reviews, it is leaps and bounds above any other smartwatch out there and that is clearly evident. If you are embedded in Apple's ecosystem, love to have fun gear, and/or have a few hundred dollars of disposable income, you will definitely not be disappointed.