International Games Week with “The Witcher\", “Dead Island” and “Call for Juarez” 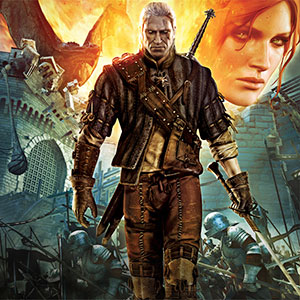 Computer games developed by Polish designers and programmers have fans around the world, yet many of them are not aware of where the authors come from. The Polish Institute in Berlin wants to change that during the International Games Week in Berlin, a leading fair for programmers and players, by organising a one-day event on 10 April 2014 devoted to Polish productions, and an exhibition on the topic.

The greatest attraction of the “Polish Games Day” will be the exhibition of Polish productions, titled “Let’s Play”. Displayed at the Berlin Computerspielemuseum between 8 April and 5 May, it will present both the well-known commercial titles and independent games and educational programmes.

Furthermore, a conference will be held on 10 April devoted to the Polish mobile games market, where the trailers of popular productions will also be presented.

The German market of computer games is one of the largest in the world. Recently, Polish game developers have gained a foothold in that market thanks to the global success of such productions as “The Witcher", “Dead Island”, or “Call for Juarez”. Both parts of "The Witcher", based on stories by Andrzej Sapkowski, sold more than 400,000 copies in the German-speaking market.

This year’s “Polish Games Day” is the first broad presentation of the Polish computer games industry in Germany.

The promotional events for Polish productions were initiated by the Polish Institute in Berlin, in co-operation with the Adam Mickiewicz Institute and the Department for Commerce and Investment of the Embassy of the Republic of Poland in Berlin.