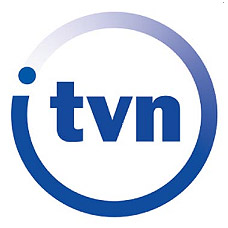 - The process of launching of distribution of TVN International on the Canadian market has been complex and long-term. I am glad that it was a success and that we can, along with our partner who is the biggest cable operator in Canada, show our best programmes. – claims Łukasz Frątczak, a TVN International  Managing Director.

TVN International is the channel of entertainment and news profile. By means of it Poles in Canada, simultaneously with their compatriots in the country will be watching selected productions of TVN station and topic-oriented channels from TVN Group. Thanks to TVN International broadcast they will be able to follow the developments of action of the main characters of the programmes and serials which beat any records of their popularity in Poland. They will also watch the latest news „Fakty” on-live daily broadcast from Poland and the world. The TVN International viewers have a chance to watch the first league Polish football match competition. In the range of programmes dominate entertainment programmes, serials, films and journals. There is also quite big room for documentaries and sport. The majority of productions broadcast by TVN International is of Polish origin. However, purchases of the station on her own cover foreign productions, as well.

Starting from 18, July up to 20, August the Rogers Cable Communications subscribers can watch TVN International on the 647 channel free of charge.