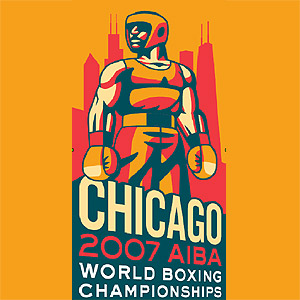 What: The AIBA World Boxing Championships Chicago 2007 will take place October 23rd – November 3rd at the University of Illinois - Chicago Pavilion. With nearly 700 boxers from more than 120 countries, this eleven-day event will be the largest world boxing championships in history, and will serve as an Olympic qualifier for the 2008 Olympic Games in Beijing.