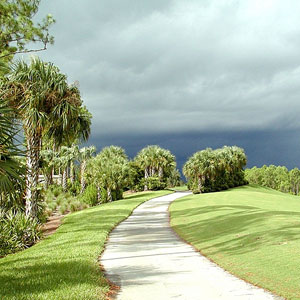 By 2030, climate change will indirectly cause nearly one million deaths a year and inflict 157 billion dollars in damage, according to estimates presented at UN talks on Friday.

The biggest misery will be heaped on more than 50 of the world's poorest countries, but the United States will pay the highest economic bill, it said.

"In less than 20 years, almost all countries in the world will realise high vulnerability to climate impact as the planet heats up," the report warned.

The study, compiled by a humanitarian research organisation and climate-vulnerable countries, assessed how 184 nations will be affected in four areas: health, weather disasters, the loss of human habitat through desertification and rising seas, and economic stress.

Those facing "acute" exposure are 54 poor or very poor countries, including India. They will suffer disproportionately to others, although they are least to blame for the man-made greenhouse gases that drive climate change, it said.

"Without corrective actions" a press release accompanying the study said, the world is "headed for nearly one million deaths every single year by 2030."

More than half of the 157 billion dollars in economic losses, calculated in terms of today's economy, will take place in industrialised countries, led by the United States, Japan and Germany.

But the cost to their GDP will proportionately be far lower than for poor countries.

The peer-reviewed report was issued by DARA, a Madrid-based NGO, and by the Climate Vulnerable Forum, a coalition of island nations and other countries that are most exposed to climate change.

Saleemul Huq, a researcher at a London-based thinktank, the International Institute for Environment and Development (IIED), said the findings spelled out the need to start shoring up defenses against climate change now, rather than later.

"We are now entering into a highly vulnerable phase of our planet's existence and humanity's existence," Huq told a press conference.

"No amount of (greenhouse-gas) mitigation will prevent at least another 0.7 degree (Celsius, 1.26 degrees Fahrenheit) of temperature rise over the next two decades," he said.

"If emissions carry on their current pathway then we may in the longer term be headed for three or four degrees (5.4-7.2 F), which is practically impossible for everybody to adapt to.

"But at the lower level, we can do a lot by adapting to the impacts of climate change, to prepare for them."

The November 29-December 10 talks in Cancun gather the 194 parties to the UN Framework Convention on Climate Change (UNFCCC), tasked with crafting a deal to roll back global warming and its impacts after 2010.

Among the long list of problems they face is how to muster funds to tackle climate change -- and decide how much of the money should be allocated for adapting to the threat, and how much to reduce carbon emissions.

So far, adaptation has been given far less priority than emissions mitigation, say campaigners.

"When you know your car has a brake problem, you do not sit around and talk about it. You fix it immediately before the kids get in," commented Wendel Trio of Greenpeace.

"No one escapes from the climate crisis, old or young, rich or poor, unless we all act together now."

Previous studies into climate vulnerability have been more narrowly focussed and have a longer timeframe, looking at, for instance, the risks by 2100.

By focussing on what happens in a couple of decades, the report has a better chance of swaying policymakers, as these events are likely to happen within their lifetime, said former UNFCCC chief Michael Zammit Cutajar.