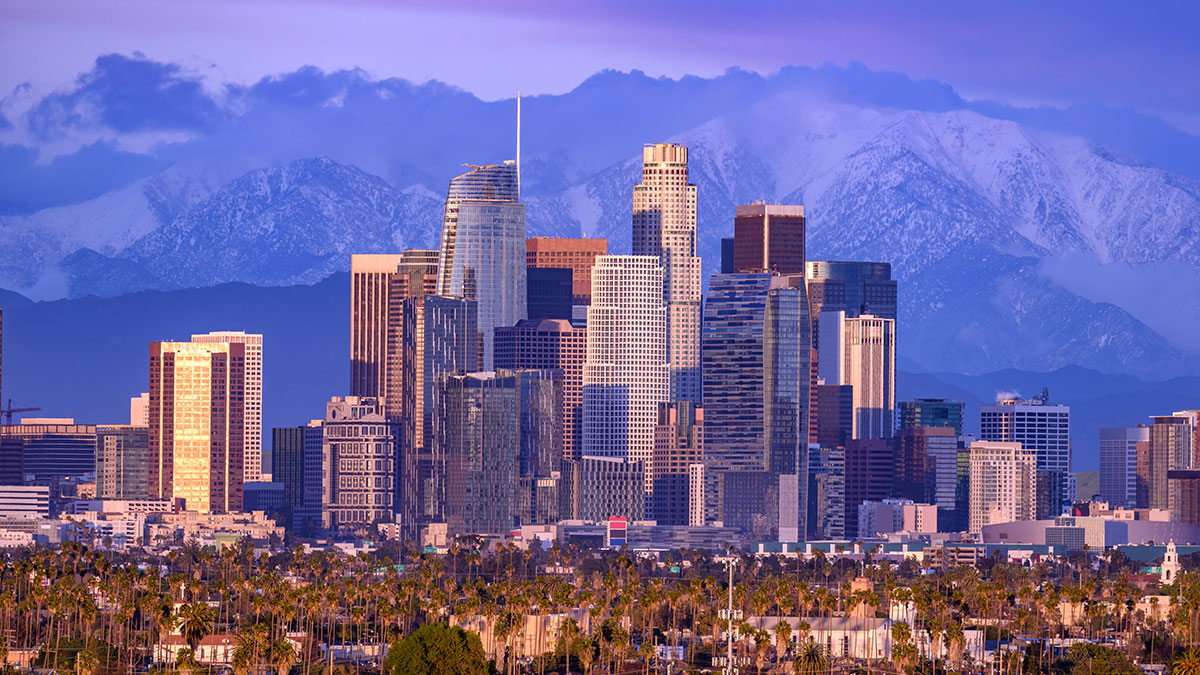 As daunting as the incomprehensibility of the “City of Angels” may be, extending over a larger area than some countries in the world, it has a magical draw.

Even though Los Angeles lost its reputation as a paradise of wealth and low unemployment several decades ago, with its chaotic traffic jams stretching for miles and an almost daily smog spreading over the city, the megalopolis of around 15 million inhabitants continues to grow inland.

The flair exuded by districts such as Hollywood, Malibu or Santa Monica has started to disintegrate, not least due to the gradual migration of the film industry into the suburbs. However, those who saunter down Sunset Boulevard, see the huge villas of Beverly Hills or are amazed by the splendor of the Disneyland fantasy world will have to admit that here the “American Dream” has partly become reality.

Here, in the middle of pulsing L.A., is an oasis of calm, but which does not come cheaply. The residents of Beverly Hills have their own government, making it a city within a city. The mansions with their park-like gardens and the sinfully expensive shopping along Rodeo Drive just reek of money.

However, many film and show business stars have left Beverly Hills and passed on their extravagant palaces to business people, stock market gurus and other wannabes. The aura of earlier times is still palpable in the pink Beverly Hills Hotel (http://www.beverlyhillshotel.com), in which Frank Sinatra and Dean Martin, as well as Charlie Chaplin and Marilyn Monroe, frequently stayed. Joke accessories available in the hotel's souvenir shop will get the hearts of 1970s kitsch lovers racing.

Disneyland, which opened in 1954, does not show its age as the first of Walt Disney's theme parks. Each year, millions of dollars are pumped into the 75-acre site to provide new attractions for children from all over the world. However, visiting the classic rides without a long wait, such as a trip into Space Mountain or a jungle tour in Adventureland, means starting the day early.

Let yourself be enchanted by the musical Snow White and tremble with fear in the 'Indiana Jones Adventure' in the 'Temple of the Forbidden Eye'. The park gets very crowded during the Christmas and summer holiday seasons, but the shining eyes of their children make parents forget the considerable expense and the hours of waiting. In May 2005, the resort will celebrate its 50th birthday with a number of special offers and attractions.

Opened in 1997, the museum sits like a fortress on a steep hill in the Brentwood district, set in a beautiful garden. This setting promises, last but not least, a wonderful view of the surrounding countryside and the city.

The numerous art treasures of oil billionaire J. Paul Getty, who died in 1976, are not the only reason for the relentless stream of visitors, but are certainly one of the most important. The collections include works by Rembrandt and Monet, as well as a number of European and American photographs and sculptures. The most recent additions include the haunting, dark 'Van Helsing: Fortress Dracula', and the breathtaking journey through the territory of vengeful mummies.

Griffith Observatory's planetarium is not only for stargazers. In addition to shows about moonquakes or extraterrestrial life, items from outer space, such as meteorite fragments, are on display under the white cupola of the Hall of Science. A Foucault pendulum weighing over 220 lbs. shows the miniscule effect of the earth's rotation on each swing of the pendulum.

There are also two new large exhibition halls in the extended building while the exhibition is also being renovated. Visitors seem most impressed, however, by the expanse of artificial "stars" when they leave the Planetarium at night and the endless sea of the lights of Los Angeles spread out below.

This former film studio paradise has had to overcome the migration of the film industry over the last few decades to more economically priced outlying areas. However, the district's former glory can still be imagined on Hollywood Boulevard, where tourists seek the stars of their favorites in the sidewalk.

Mann's Chinese Theater, where the courtyard is decorated with dozens of foot and hand prints of famous actors, is still the place where many films are premiered. At the launch of the science fiction hit movie, Star Wars - Episode I, hundreds of fans camped here for weeks in advance to get one of the precious tickets to the premiere showing.

In the 1920s, Walter Knott had an idea for a business that became a runaway success: he built a haunted town around the shop and restaurant in which his wife sold the harvest from their own fields.

Since then, a steam locomotive, saw mill and lumber camp have been added, in addition to attractions like Dinosaur Kingdom, Camp Snoopy with Peanuts and a Mexican Fiesta Village. The favorite with visitors is “Bigfoot Rapids”, an exhilarating wet ride down a 39-foot waterfall in a dug-out canoe, and a trip in the rapid Xcelerator ride.

Carl Laemmle, the silent film producer of German origin, bought a piece of property to the north of Hollywood for his first studio in 1915. From the beginning, visitors have been invited to go backstage. Today, a train runs through the gigantic studio city, past the wooden house from Alfred Hitchcock's Psycho, around the studio lake in which Jaws circles, and through the set of a subway station in San Francisco during an earthquake.

In the adjacent theme park, stunt shows take place on the Waterworld set. Next door, a trip "Back to the Future" is possible with Dr. Brown's time machine. The all-time favorites are the waterslide trip through Jurassic Park and a visit to the fiery hell of Backdraft.

The beach district presents a stark contrast with neighboring elite Santa Monica. Ocean Front Walk is a playground for wacky people and those who wish they were.

Inline skaters race along the promenade past sidewalk artists, while bodybuilders flex their muscles on rusty horizontal and parallel bars. In the background, beach beauties display their scantily clad bodies on the sand. Two streets further inland, Maine Street is lined by the haunts of the different scenes, “in” meeting places and trendy boutiques.