Edinburgh - The Capital of Scotland 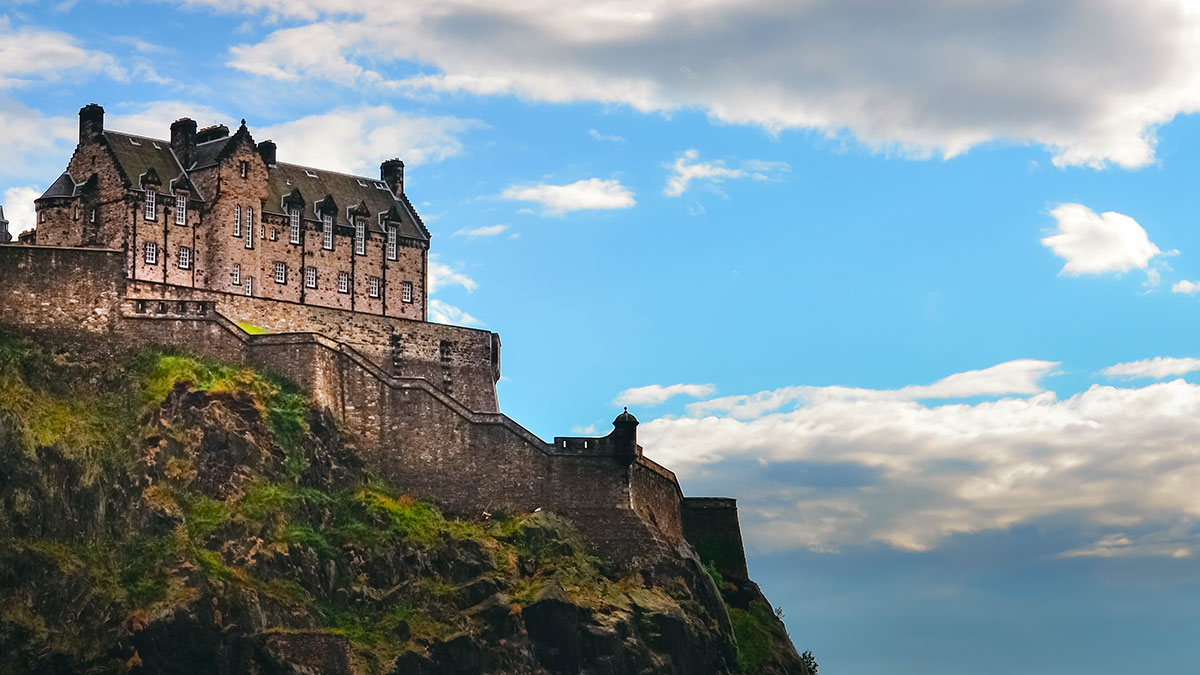 The mighty castle rises proudly above Edinburgh, and the Scots too are proud of their capital, which has recently become the home to their new National Assembly.

They have also regained their self-confidence and all the emphasis on old Scottish values: hospitality, openness and appreciation of art. So where better to appreciate it than in Edinburgh? There is little the city has not experienced over the ages. Founded in the distant past, it was always contested and courted by would-be lords and masters. And almost every period has left its mark: be it medieval churches, classical architecture, Georgian houses or Victorian parks.

And what of the 21st century? The city is extremely lively and boasts many cultural highlights, with street theater and the sound of bagpipes plus a completely new Scottish gastronomical scene. So whether you're shopping on Princes Street, sightseeing in the old town or out on a nocturnal foray through the pubs and trendy bars of what was once the disreputable harbor district of Leith, Edinburgh has much to offer – and that with unique, Scottish charm.

Without a doubt, no trip to Scotland would be complete without a visit to this extraordinary exhibition. The oldest of Scotland's five art galleries is certainly also one of the most interesting, for behind the clear Greek architecture and the rows of Doric columns lie many of the most important works of art from the Renaissance to the Post-Impressionist eras.

The collection includes works by Rembrandt, Raphael and Bassano as well as Gauguin, Monet and Cézanne, and of course includes Scottish painters like Henry Raeburn. In addition to its permanent collections, the museum also hosts temporary exhibitions, and these are an absolute must both for art lovers and those who'd like to discover more.

Is it possible that the Queen is unaware of the true splendor of her official residence in Scotland? After all, she spends only a few days in summer in the former monastery. The tourists don't mind, though, because this means the newly-renovated building is open to the public. Visitors marvel at the large portrait gallery, which of course includes one former inhabitant of the palace: Mary Queen of Scots.

The visit is rounded off by the various ever-changing exhibitions featuring works from the Royal Collection. Or how about the Queen's large collection of fans? Finally, you can reflect on your royal impressions over a cup of tea while admiring the splendid panorama afforded by the castle café.

Renovation work in 2003 added plenty of room to accommodate even larger sculptures by Moore and Hepworth, among others, in the now bright, spacious interiors of the gallery. Situated along the romantic Riverside Walkway, the neo-Classical building is particularly striking in its lovely parkland surroundings. And yet its contents – mainly from the 20th and 21st centuries – are even more splendid.

The different exhibitions of works from the museum's collections present art along constantly changing themes, featuring the works of Picasso, Matisse and Peploe as well as contemporary artists like Baselitz and Hirst. Of course, Expressionists like Kirchner and Nolde are represented, as are the photographs and prints of artists like Andy Warhol. However, the museum mainly focuses on English and Scottish works. In other words, if you like modern art, you'll find everything your heart desires!

The lovingly-restored National Portrait Gallery lies in the heart of Edinburgh. The neo-Gothic red sandstone building houses a huge and captivating collection of portraits of Scots, but not all by Scots.

European and American artists also captured Scottish royals and rebels, poets and philosophers, and even contemporary celebrities, from Mary Queen of Scots to Hollywood star Sean Connery, on canvas and photographic paper. The result is a fascinating history of Scotland made all the more real by the coins, miniatures and sculptures also on display.

This exhibition is a feast for the senses, an exciting journey through time from the birth of our planet and the various eras right up to and including the present day. Multimedia presentations plunge visitors into the oceans, polar regions and rainforests, while a simulated volcanic eruption is impressively accompanied by the smell of sulphur and authentic rumblings.

What was it like for the people living in the Ice Age? Why did the dinosaurs die out, but Man survive? Interesting facts and information about these and other topics are presented in shows and with special effects rather than glass cabinets. Children in particular will love this rather different museum.

Edinburgh's monumental trademark, the castle, towers majestically over the city from its high volcanic basalt perch. The fantastic view of Edinburgh alone is reward enough for walking up to the castle. The complex itself is a mixture of styles from many centuries. The oldest part of the castle is also the city's oldest preserved building: The Norman chapel of St. Margaret's was built in 1090.

In the Crown Room of the Old Palace, you can admire the Honors of Scotland, as the Scottish crown jewels are called; the sceptre, crown and sword of state. These priceless objects were believed lost for more than a century until they were then rediscovered in a concealed chamber of the castle in 1818. By contrast, it would be difficult to lose Mons Meg, a mighty cannon cast in Belgium in 1449.

The street connecting the castle to Holyroodhouse Palace, the Queen's official Scottish residence, is exactly one mile long. The Royal Mile has formed the backbone of the Old Town since the Middle Ages. And yet it has changed its name three times, first from Castlehill to Lawnmarket, then to High Street and finally Canongate.

The street is lined with fashion and souvenir shops, pubs, and more. There are also a number of sights worth seeing. When the weather is good, the camera obscura on the Outlook Tower provides a perfect reflection of the city, the rooms in a house known as Gladstone's Land are fitted out as they would originally have been in the 17th century, while John Knox’s House contains an exhibition on the Scottish Reformation. The People’s Story museum shows how commoners lived in Edinburgh from the 18th century to the present. Religious buildings can also be found along the Royal Mile, including the Tron Kirk and the monumental St. Giles' Cathedral.

The Whisky Heritage Center is devoted entirely to the Scottish national beverage. In fact, visitors are driven through the culturally and historically fascinating exhibition in a whisky barrel! The exhibition spans 300 years of Scottish history, recalling the story of the hunt for bootleggers and illegal distilleries.

Visitors are also shown how whisky is made and how they can differentiate between the various types. The mouth-watering tour is completed by an audiovisual presentation. We also recommend popping into the museum shop, where you can buy various high-class drams.