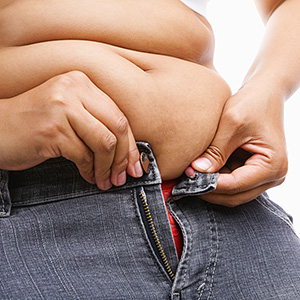 Denmark said Saturday it would scrap a fat tax...

Denmark said Saturday it would scrap a fat tax it introduced a little over a year ago in a world first, saying the measure was costly and failed to change Danes' eating habits.

"The fat tax and the extension of the chocolate tax -- the so-called sugar tax -- has been criticised for increasing prices for consumers, increasing companies' administrative costs and putting Danish jobs at risk," the Danish tax ministry said in a statement.

"At the same time it is believed that the fat tax has, to a lesser extent, contributed to Danes travelling across the border to make purchases," it added.

"Against this background, the government and the (far-left) Red Green Party have agreed to abolish the fat tax and cancel the planned sugar tax," the ministry said.

Denmark's centre-left minority government is made up of the Social Democrats, Social Liberals and Socialist People's Party, and requires support from other parties to pass legislation in parliament.

The government and the Red Greens reached the agreement as part of their negotiations on the 2013 budget bill.

The previous right-wing government introduced the fat tax in October 2011 to limit the population's intake of fatty foods.

According to the Danish National Health and Medicines Authority, 47 percent of Danes are overweight and 13 percent are obese.

"Now we need to try to do something else to address public health," Food Minister Mette Gjerskov said, news agency Ritzau reported.

The fat tax has been levied on all products containing saturated fats -- from butter and milk to pizzas, oils, meats and pre-cooked foods -- in a costing system that Denmark's Confederation of Industries has described as a bureaucratic nightmare for producers and outlets.

The measure added 16 kroner per kilo of saturated fats in a product.

Several food chains said Saturday they would lower their prices accordingly once the tax is abolished, Ritzau reported.