Sleep gets better with age 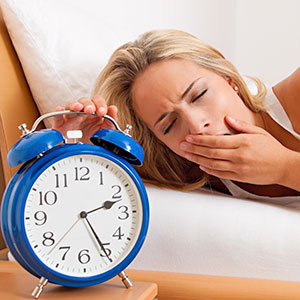 Sleep gets better with age

Contrary to popular belief, older people do not suffer as many sleeping problems as the young and a good night's rest may actually get easier with age, said a US study released on Thursday.

Based on a telephone survey with more than 150,000 American adults, people in their 80s had the fewest complaints about their sleeping patterns, while those in middle age, particularly women, had the most.

"This flies in the face of popular belief," said Michael Grandner, lead author of the study which appears in the journal Sleep. "These results force us to re-think what we know about sleep in older people - men and women."

The randomized survey was based on self-reported data, and did not measure people's actual sleep patterns.

More than 70 million people in the United States have some kind of sleep disorder, according to the American Academy of Sleep Medicine.

However Grandner, research associate at the Center for Sleep and Circadian Neurobiology at the Perlman School of Medicine at the University of Pennsylvania, said perceptions are important.

"Even if sleep among older Americans is actually worse than in younger adults, feelings about it still improve with age," said Grandner.

"Once you factor out things like illness and depression, older people should be reporting better sleep. If they're not, they need to talk to their doctor. They shouldn't just ignore it."